Silvio, in this second part of the interview, tells us about his sporting achievements, including the title of Swiss Champions in the 4×400 m in 2017, at a time when the 400 m was “exploding” in Switzerland, and about his experience in England where running is really part of their culture!

What are your best sporting achievements?

As I said, 2020 was an amazing year. At the 2020 Ticino Championships I won the 800 m, but I was a bit disappointed in the 400 m where I came fourth, because I have been on the podium for several years. At the Swiss U23 Championships in 2020 I came third in the 800 m: this was a great satisfaction because it was my first individual medal at the Swiss Championships, a medal that I had been chasing for 5 years, always coming in fourth or fifth. On the other hand, on the team level, there were several important results between 2016 and 2017 with the 4×400 m relay, which I am proud of, because they are team performances in which we all did our part and we were all indispensable. If someone had been missing, we would not have been able to do what we did. In 2 years, we won 3 medals at the Swiss Absolute Championships; the most important victory was when, in 2017 with Daniele Angelella, Ricky Petrucciani and Elia Taminelli, we won the title of Swiss Champions in the 4x400m at a time when the 400m was “exploding” in Switzerland.

Ricky Petrucciani moved to Zurich; do you still see each other from time to time?

In the first year of university in Zurich we trained with the same coach, at different times, as he trained during the day when I was in class, but we saw each other quite often. Now we see each other more infrequently as he has moved to Zug for training, and I train individually.

In 2016 we started competing at national level with the 4×400 m relay, we came third in 2016 and won in 2017.
When I watch the video of the 2017 relay again, I am catapulted back to that moment and all the feelings I had, all the “but will we make it?”. We knew we had all the cards to win but everything had to go right. I was the first to start so I felt a bit of extra pressure (laughs). I am proud of how it went, all four of us did what we had to do, we gave it our all and it was a good team effort. I want to say that it is a 4×400 m but without Stefano we would never have been able to achieve this result. As for all the people who have been and continue to be close to us, such as the family and others who support us.

You said you had a bit of extra pressure because you were the first to go, what in particular was troubling you?

After 2014, the year Kambundji lost the baton at the start, there is always a bit of fear that you might lose it.

When did you go to England to study?

I left in September 2019 and returned in March 2020, a little earlier than I expected because of the pandemic. I spent my last semester of my bachelor’s degree in London, at Imperial College. It was a great experience to live in such a big city, so big and different from both Locarno and Zurich.

Did you continue to train and compete during your time in London?

I started with no pressure from an athletic point of view but in the end, I trained a lot. It was special. In England they do a lot of running, they have a very different idea of running, there are a lot more people running. At the university there is the athletics club and even though the team already had 25-30 athletes, I was able to join it and take part in the UK University Championships. They lasted three days, with three rounds of qualifying in the 800m. They have a running culture, there are a lot of coaches looking for athletes to coach them and universities look for athletes to represent their university.

Not with the same numbers and money as in the US, but it’s going in that direction.

Let’s pick up on your story about the university championships….

The group of guys who were running, from the university I was studying at, unexpectedly became a bit of my family in London and so our outings and get-togethers were “let’s go running first and then meet up with someone” for a drink or lunch. In the end, I still trained more often than when I left because there was a great group.

While you were in England, did you participate in any other championships?

In addition to the Championship, I mentioned earlier, I took part in the Cross Championships in Scotland. They have a different approach to this type of race than we do: they look for clean tracks in the meadows, they create mud there on purpose and make people cross streams during the race. It was a good experience, the same course was used for the 2008 World Cross Championships, which Bekele won. I also took part in the University Indoor Championships and a couple of races to prepare for these events. We had also planned to take part in the A, B and C league championships in April and May, but it was cancelled due to the pandemic. Finally, with the athletics team, we wanted to go to the London Marathon, where it would be Kipchoge versus Bekele…, the challenge of the year! We were planning to go and see it….

Weren’t you preparing to participate?

No, at the moment I was and am focused on the 800 m, but if you are a real runner sooner or later the marathon will become a goal…for me it will be a little later. At the moment it is postponed.

Have there ever been any coincidences between races and exams?

Yes, I’ve always had to sacrifice the indoor seasons a bit because my exams at the Polytechnic are held at the same time as the indoor races. In the summer I managed to combine competitions and exams.
You rarely have to give up anything, you just have to be well organised.

What advice would you give to runners?

My advice would be to train in a group because you do it better, you are much more motivated, and you have fun.
Running with someone else motivates you incredibly. In my opinion, the key to improving is to have a sparring partner.

What does run mean to you?

It is related to the 4×400 m relay, it was the first training I did with Stefano in the summer of 2015. One day I went to train and by coincidence Daniele and his father Stefano were also in the stadium.
I started my training and asked if I could join them. During the session, Stefano started to give me some feedback on how I was working and at a certain point I was about to answer…but the coach told me: ‘don’t answer, I’ll talk now, you just breathe’. I think that explains the philosophy that we follow in our training: a great commitment. We make a lot of physical effort and it takes a lot of willpower, but in the end the results come, and it was seen with the performance in the 4×400 m relay where we won at the Swiss Championships. If you have the ability to be consistent over time, these efforts pay off.
It was really by chance that we were in the stadium together that day. From that moment on I started training regularly with them, setting goals, frequencies, etc.

The third and final part of the interview will be published in the fourth week of June. 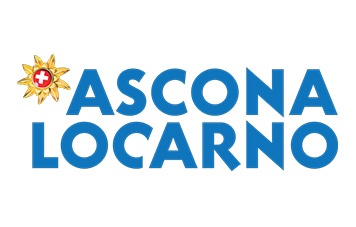 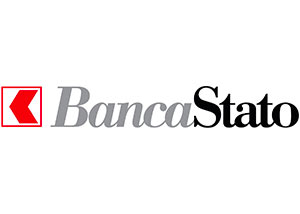